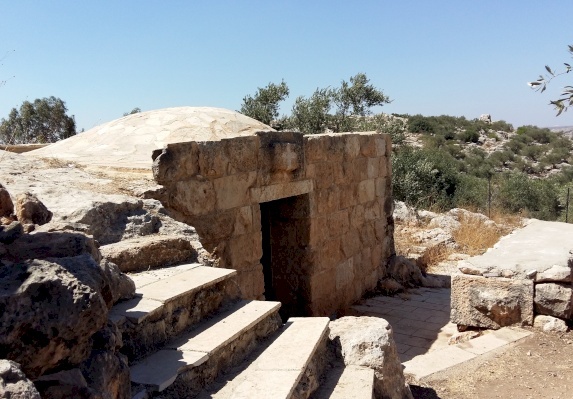 The Church of Saint Barbara was established in the Byzantine period, its history goes back to the 6th century. Ancient catacombs have been uncovered by the church. In 2002 the Church was accidentally destroyed by the Israeli army because they did not know the value of it. However the church was rebuilt afterwars.
Every year on the 4th of December many Palestinians visit the church to celebrate the St. Barbara’s Day festival. This festival is celebrated by Christians all over Palestine, Jordan, Lebanon and Turkey.
The traditional food on St. Barbara’s Day is Burbara, a sweet pudding dish which is made out of whole grain wheat and fruits.
On that day the children dress up in disguise, sing songs and get many sweets. This tradition of dressing up goes back to the story of Barbara. Due to persecution by the Romans for being a Christian, St. Barbara dressed up in order not to be recognized. That is what is remembered of how she kept safe.
Another legend tells the story of St. Barbara fleeing from her father because she acknowledged herself to be a Christian. She fled by running over a freshly planted wheat field and immediately the seeds grew and no one could follow her trace anymore.
St. Barbara is an early Christian Greek saint and martyr, her name was traced back to the 7th century.