Dome of the Rock

Dome of the Rock 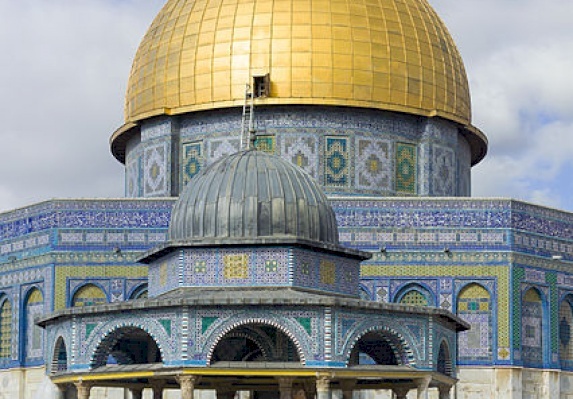 The Dome of the Rock (Qubbat As-Sakhra) is located in the Old City of Jerusalem; it is the third holiest place for Muslims and is known for the ascending of Prophet Mohammed into heaven after the miracle of traveling to Jerusalem from Mecca in only one night. The shrine was built by Umayyad Caliph Abdul Malik Ben Marwan in 691 CE and is therefore one of the oldest shrines of Islamic architecture. The famous gold covering of the dome was added in 1993.