Church of the holy Sepulchre

Church of the holy Sepulchre 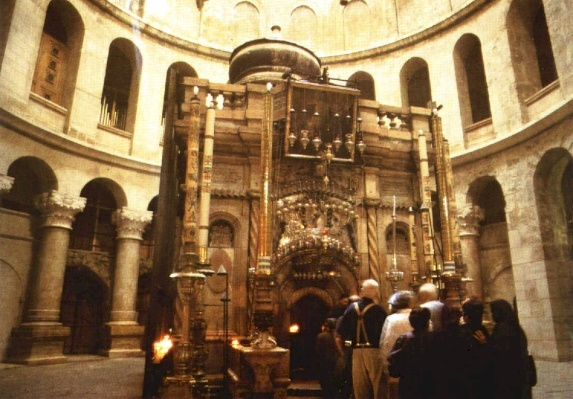 Preserving holy sites of the death and the resurrection of Jesus Christ, this church is a famous place for Christians to visit from all over the world. Today it is situated in the Christian Quarter of the Old City. It was built in the fourth century by Constantine's Mother Helena, over the site of a pagan temple built during the Roman period. After being rebuilt over successive genereations, the present sturcture was built by the Crusaders in the twelfth century, and contains last five Stations of the Cross. The Chapel of Golgatha where Jesus was crucified, the Sepulchre itself where Jesus was buried and the Chapel of Mary Magdalene where the risen Christ revealed himself is all contained in the Church of the Holy Sepulchre.