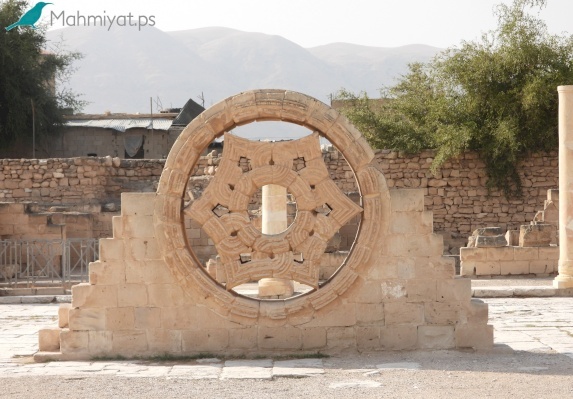 Hisham's Palace is located 2 km north of Jericho and was identified as the ruins of Kaliph Al-Mafjer. The site was built by Caliph Hisham bin Abed el-Malik who lived from 724-743 AD. The site was used as a winter resort. The palace was destroyed in a severe earthquake in 749 AD. The excavation was carried out by the Palestinian Department of Antiquities, between 1935 and 1946 under the direction of F. Baramki and R. Hamiolton.

The excavation uncovered a significant part of the palace complex. In 2006 an excavation was carried out in the bathe area, under the direction of H. Taha and between 2010 and 2013 a joint Palestinian-American expedition uncovered the north gate of the palace and remains of the Abbasid occupation in the northern part of the palace. In 2016 archeologists removed the protected cover of a 827-square-meter mosaic carpet, the world biggest floor mosaic, in the Islamic Palace from the 7th century. It was first discovered in the 1930s and remained hidden under canvas and soil to protect it from sun and rain. A large restoration and rehabilitation program was carried out by the Palestinian Department of Antiquities at the site, in cooperation with UNESCO, the Italian Cooperation, ANERA and USAID. The archaeological park includes now  a modern interpretation center, a mosaic laboratory, a site museum, a new bridge and access roads.