Trail description: The Tammun Reserve is situated in the upper part of the Eastern slopes of the Nablus Mountains, in the Tammun village area.

A tour through the trail:

This trail  starts from a point  in the South of the village of Tammun,  A distance of 5 km from the village, a plain area towards a hill leading to the top height  of the reserve. Around 550 m above sea level through a part of the Eastern slopes of Nablus called Shafa al-Ghor, this naming refer to the geological nature of these mountains which is located in the rift geological zone. This formed with their heights and climate overlooking the plains of the Northern Jordan Valley, and affected by their hot climate at the Eastern edge of the reserve.

Visitors can climb the summit of the reserve, which is known as Ras Abush by local community, the naming is referred to the memorial of Sheikh Abboush, and it contains remnants of the memorial of one of the saints from the time of Salah al-Din al-Ayyubi. The reserve top is overlooking Al-hya and shaieb valleys, it is planted with Eucalyptus to prevent soil erosion, conserve, and protect the reserve from deterioration.

The visitor can have a overlook to Wadi Al-Far’a and the village of Tammun. The top gives you 360 degree view in all directions without any obstructions. The trail extends from West to East, and is approaching to the Al-Baqi’a plain of Tubas, which extends from East Tammun to the Jordan River and, it is considered the third plain in terms of area in Palestine. The visitor can have a rest in the middle of the trail to watch the birds in incessant movement, and then start moving eastward towards the South, following the dictates of the mountain road inside the reserve to the end of the summit. Visitors can realize the plant diversity that change remarkably. The diversity of birds, wild herbs and plants are thrived though the deterioration that the region suffers from over grazing, loss of the features and natural characteristics that distinguish it. The edge of the reserve gives the visitor a beautiful view, which the people call the Qasr area. It overlooks the trail, in front of it is the Ajloun Mountains in Jordan, and to its right is the Al-Baqi’ah Plain, and below the mountain in the south, and from a distance not far from Khirbet Gharqan Al-Hammam, where the foundations of ancient walls and water wells appear. Then the visitor begins to descend towards the plains north of the reserve in what they call the Al-Ajam area.

Numerous species of visiting and resident birds live in it, such as Short-toed Snake Eagle, lesser kestrel, long-legged buzzard, crested Lark, osprey owls, etc.The trail is characterized by a remarkable floristic diversity as white garlic, Prickly burnet, violet iris, wild thyme and others, in addition of the presence of different several types of Fauna, such as snails, lizards, scorpions, snakes and others. 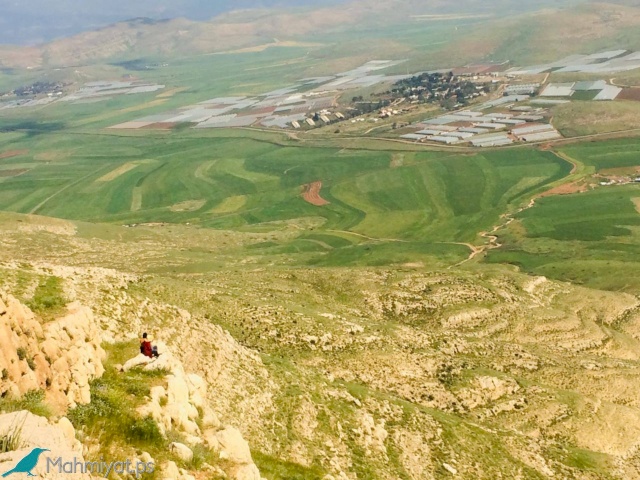 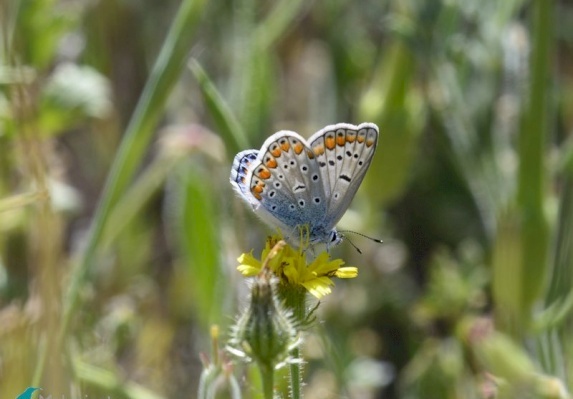