Through Wadi Sarida, passing through the upper Wadi Zarqa Reserve

About 25 km away, the blue dome of the Mahdoub memorial looms, and between these two memorials (Al-Khawass and Al-Majdoub) there is the Al-Rifa’i memorial. These three memorials were a validation for those who want and those with needs. The visitor arrives at the al-Majdoub memorial, about a km away to the west, and then passes through al-Rifai and Qayam overlooking Wadi Sarida in the north. It is also possible to get a break near this mausoleum and its striking nature, followed by the gradual descent of the visitor towards Wadi Merida, and it descends from approximately 500 m to about 200 m in a distance does not exceed 1 km.During the descent on this entrance, the visitor comes across the bayder area, where farmers used to collect grass and winter crops during harvest seasons to use them traditionally.

Because of its rocky nature suitable for this purpose. The visitor can enjoy the beauty of Wadi Sarida, which is part of the upper Zarqa Valley Reserve, and its extension westward to the western outskirts of Laban. Visitor may see rainwater gathering in a torrent according to the rainy season, while a white pebble river with a width of about three meters characterizes the road extending to the far west., which branch off at the end.

This valley extends towards the Mediterranean Sea, and part of it turns south towards Ain Al-Zarqa and the famous Wadi Aboud, approximately in the middle of the trail. Visitors stops at kherbet doera and some Bedouin places, where there is a stop at woody valley with different kinds of butterflies, visitors can observe several kinds of faunas and floras such as song birds.

A diversity of plants, including Common sage, are found across the reserve and across the trail. Thyme of tiles, Cyclamen, Arum and others, as well as the Pistacia and Rhamnus, and the Arbutus are found. The reserve is an important for birds, and various types of birds are seen and flying around it, including: the kestrel and the robin, Common Swift, bee-eaters, Palestinian sunbird, mountain partridge, Short Toed Eagle, and others, in addition of different types of mammals such as mountain gazelle, honey badger, Rock Hyrax and Wild boar. © All rights reserved to mahmiyat.ps 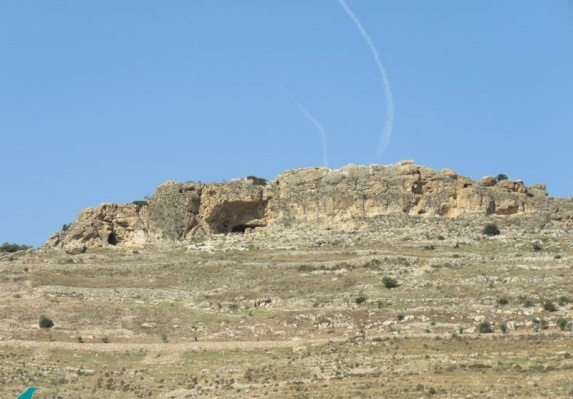