This trail takes the shape of a horseshoe in the Tayaseer protected area between Tubas and Tayaseer.

The visitor starts on the trail from the plain opposite to Aqabat Tayaseer, which elevates about 350 m above sea level, and is located in an open area to the west. The weather in this area is cold, following the Mediterranean climate, with cool and refreshing breezes for visitors.

Accordingly, you find nature that flourishes and draws paints of the most beautiful paintings. The visitor ascends towards the summit of Aqabat Tayaseer, and passes through the foothills that overlooks the Tubas plains, which is characterized by its fertility and breadth.

Almost in the middle of the trail, the visitor arrives at a forest in which many natural trees grow, such as pine, cypress, carob, Christ’s thorn, Retama, hawthorn, etc., known as Tayseer woodland, which is a nature reserve, and the visitor can make a break while watching the trees and eat a meal while within the trail biosystem which is Consistent across the vision. At the turning point in the north, the area overlooks the Jordan Valley in the east and the Palestinian coastal plain in the west, so the visitor is advised to take a short break to enjoy with the landscape and the distinctive natural scenery. When the visitor walks towards the east, he feels a slight rise in temperature as he approaches the eastern Jordan Valley, the trail will turn at this point in the form of a horseshoe, to return across the plain and then to the adjacent foothills.

The visitor crosses the plain between the two opposite summits, and starts to ascend to the southern foothills of the second summit, which reaches a height of about 450 m above sea level, so that it is on the edge of a large forest, extending almost over the entire area of ​​this summit, and its area reaches about 12000 dunums ,characterized by trees vegetation such as mastics, Retama and the carob in environmental site of the eastern slopes, and here the visitor can take a second break, and perhaps it is an important break for watching different birds in the area. and enjoying taking some pictures, arrange memory and save the beautiful scene

In an unforgettable place. The northern border of the forest is ended near the entrance to the village of Tayaseer, about 700 m from its southern.

This area is considered part of the northern mountain range, and its western slopes overlook the Mediterranean Sea, and its mountains are called the plateau figuratively, while its eastern slopes descend towards the Dead Sea. The village is surrounded by a group of mountains such as Al-Salem, and safeah Al-Khalil, and Marah Al-Arab, where, at the beginning of spring, you may see the Iris Faqoua plant (Iris Haynei), the national flower of the State of Palestine. Until the beginning of the eighties of the last century, this spring was a source for drinking, watering livestock, and irrigating crops, but the Israeli occupation worked to withdraw it to turn it into a dry area, and the existence of this spring ceased to be from nature and did not ends from memory.

The eastern slopes of the Tubas region are generally characterized by forests of carob, mastics, natural Jujube and planted pine trees. Depending on the eastern Mediterranean climate, the thermal shrubs are deciduous Leaves, such as Retama, and buckthorn, belonging to the Iranian climate. This natural area is considered typical one, as there is diversity in the climatic and natural characteristics of an entire continent - so to speak, in the spring time flowers cover large areas of them, such as: Iris of all kinds, Adonis, and chrysanthemums. The star of Mary and Erodium, and others. In the sky of the region, migratory and resident birds can be seen, including The Eurasian jay, the common myna, the spotted dove, the red shrike, the collared dove, the little owl, the snarl, the curlew, the hoopoe, the Palestinian sunbird, the national bird of the State of Palestine, and other birds. The Palestinian Mountain gazelle was observed in the region, and red fox, Rock Hyrax, hyena and other animals, especially in places across the mountains and valleys east of the trail and far away from people. 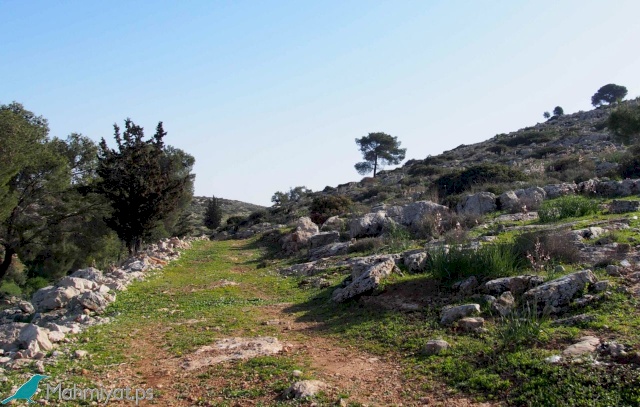 ©All rights reserved to mahmiyat.ps 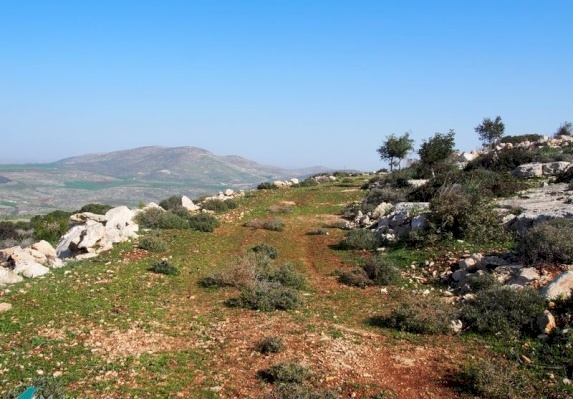