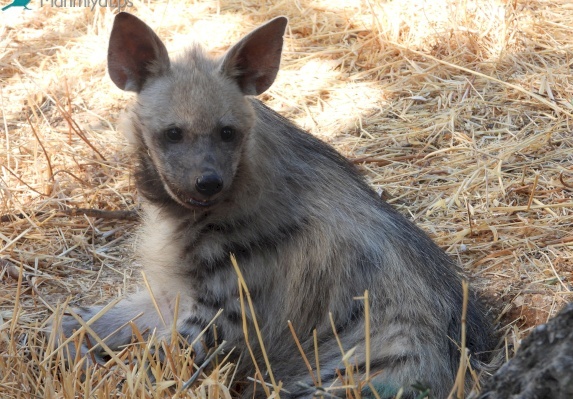 All rights reserved by www.mahmiyat.ps

The striped hyaena belongs to the hyaenidae family in the carnivora order. It is the largest carnivore in Palestine, a bit similar to canids with clear black and white stripes pattern all over the body. The chest is usually covered with a big dark patch, the ears are fairly big and a very distinctive sign for the species is the very large front legs as opposing to the rear ones. The stripes pattern is unique to each individual and is used around the world for personal recognition for research purposes. The striped hyaena is a large carnivore that looks for its food almost everywhere, including human residence. It eats carrion, fresh and older, together with small animals and fruit and vegetable. Human garbage can also draw hyaenas to get near and even into settlements. There were even observations of individuals inside cities. The size and looks of the striped hyaena caused it to be hunted out of fear along the years and its population has been in decline in the past centuries but recently the population has stabilized and it can be seen all around the country in different habitats from the thick Mediterranean forest through urban areas, open habitats to the far desert. Its geographical range spreads from northern and eastern Africa, through the middle east and Arabia to Pakistan and India.