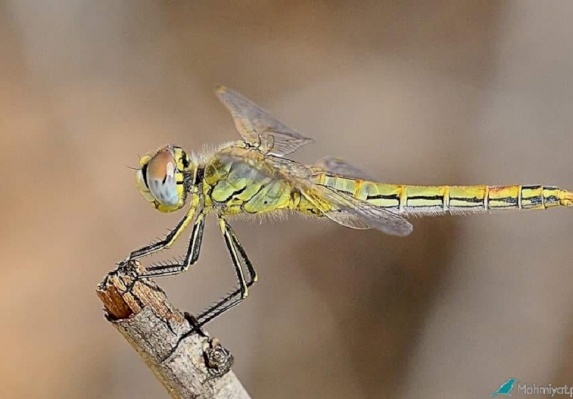 Orthetrum spp. (Dragonflies) This is a very large genus of dragonflies (order Odonata), from the Libellulidae family. Orthetrum comprises around 70 species that are abundant and distributed across Europe, North Africa, West Asia and part of Middle East.

One common species found in Palestine and wider area is the black-tailed skimmer, scientifically known as Orthetrum cancellatum. It is also commonly distributed in Europe (except in Scandinavia) and Asia. The male adult of O. cancellatum has a blue abdomen with a black tip and transparent wings, whereas females have yellow body with black stripes along the abdomen.

The black-tailed skimmer is a large bodied dragonfly, measuring a length of 44–50 mm, 29–35 mm abdomen and rear wing 35–41 mm. They have dark green eyes and fly slowly over the water surface. As most of the dragonfly’s species, the black-tailed skimmer can be found at any open water patches, ponds and near slow flow water, where the males often rest in the sun and also mate with females.

Interestingly, females lay eggs in flight by touching the abdomen on the water surface. The eggs hatch after five or six weeks and the larvae remain in the bottom of the water source, emerging after two or three years, depending on weather conditions. Their larvae have the ability to adapt to arid conditions and dump soils enabling this species to become widely distributed in dry, arid regions.

The main flight period is June to July.

Orthetrum cancellatum is abundant throughout its wide range and is one of the most commonly seen dragonflies in Europe. Hence, it holds a stable population and has no major threats. 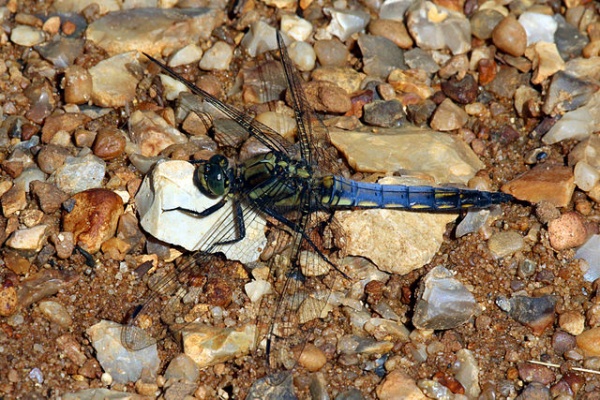