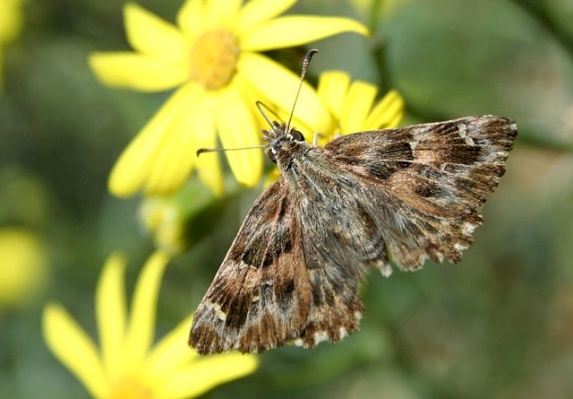 Also called Hollyhook Skipper, it is a butterfly of the family Hesperiidae.

This species has two generations in a year - the first generation emerging in May and the second one in August. The females lay the eggs on several species of the Mallow plant e.g. Malva sylvestris and Althaea officinalis.

This species has a wide distribution  range extending from Europe out the Mediterranean region, north Africa and Central Asia. It is a common species in Palestine, and is sighted almost  all the year round. It is more common in the northern Mediterranean region, extending upto the Jordan valley. It is commonly sighted in hot and dry places with flowers and grassy patches, including stony areas and woodlands.This species is normally seen to fly from March  to September.