It is located in the road between Salfit and Qalqilya and in the middle of the highway between them, near the town of Deir Estia north of Salfit. Visitors can start their tour to the reserve from this street or 2.5 km east of the village of Kafr Taya near Qalqilya.

The visitors begin the tour to the reserve down to the land of the reserve to reach Aqabet Ain or the so-called "springs of Kafr Qarai. Next to it several houses built of stones and plate for the Arabs of Al-Kholi and Meqbel.

These springs are known as the Arab Al-Kholi Gathering, they are a natural oasis of various plants, herbs, animals and wild birds, visitors to the reserve should walk several kilometers in the valley to the east to reach the second spring, which looks like the well and then reaches the Hafera spring with low water level in summer, several groups of water strips specified for animals and a number of ruins.

In the trail in the central of the valley, visitors can see a common kingfisher, a white-breasted kingfisher, cattle egrets, European stonechat, little white throat, common redstarts. Visitors can walk in the reserve towards (Ain al-Tannour) which has cold waters in the summer and warm in the winter, and contain a pool of water up to about 400 m from which the animals drink, it was also used for swimming.

Wherever water is found, life is found in its components of floras and fauns, several herbs can be found such as Mastics, vitex, wild mint, woody fleabane, Thymus capitatus, blackberry, germanders, Pistacia, carob, and several wild animals such as red fox, rock lint, wild boar, Honey badger, Porcupine, Herpestes, and fruit bat to form the valley a plate of animal and plant diversity.

visitors walk in the central of the valley to Khirbet (Qana), which the valley is named after , visitors  can stop to see the monuments of ancient life left in the area, and within the reserve extending from the east of Kafr tholoeth near the main street of the village of Deir Estia a group of springs of abandoned Bedouin ruins and a group of lands  of orange and lemon near the water springs, around 18 springs to be the finale of the environmental trail or its beginning from the road of Deir Estia.

This reserve is a part of the western basin, and its lands are located within the towns of Deir Estia, Jinsafout, Qarawa Bani Hassan, and its natural trail, which is easy to tour, it is preferable place for Palestinian families. Despite the aesthetic landscape of the valley and the surrounding mountains, which is more than 10,000 dunums, the reserve are under threat as their springs are threatened by drought due to Israeli settlements in the area from all directions and the pumping of settlements into the valley, affecting the water sources on which the valley's farmers depend. In addition to attacks by Israeli settlers inside the reserve. 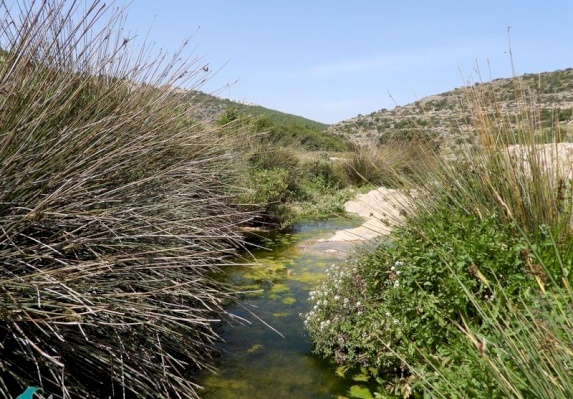 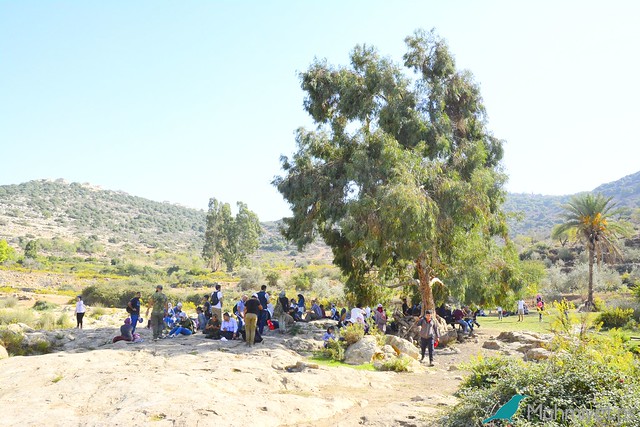