In the Mikser Reserve - Siris - famous for its mountainous nature surrounded by plains.

A tour through the Trail

The trail starts 1.3 km east of the village of Siris,on the road that connects the village of Siris and the camp of Al-Far'a, the visitor overlooks the mountains that include the Mikser Reserve, through which visitor will pass, and for a distance of up to 4 km, the visitor starts to climb gradually towards the top of the reserve, and towards the south, until it reaches its western summit, which reaches a height of about 450 meters above sea level, which takes an elliptical trail through the reserve, and returns to this point at its end. The trail is characterized by lush trees, intertwined with branches, that characterize this trail, visitors can see natural trees such as oak, Pistacia, mastics, styrax, and Quercus, passing through red-brown soil scattered with rocks. Visitors can see introduced trees in the area, such as acacia, pine and cypress, the visitor continues east crossing about 2 km and overlooking the mountains covered with olive and almond trees in a beautiful natural scene. During his tour, the visitor's attention will be drawn to the sounds of flying birds such as honey buzzard and several wild animals such as Rock Hyrax, foxes and others.

The visitor reaches the eastern summit of the reserve, which reaches a height of around 500 m above sea level. At this point, it overlooks east on open plains that extend to the Jordan Valley (the Great Rift Hole). It is the east breeze, and the visitor has come a small distance, at its beginning, it overlooked the Palestinian coast from the west, and now it overlooks the Rift Hole to the east. It is the geographical diversity that characterizes Palestine, which changes dramatically within a few kilometres in the middle of the trail, and at the eastern point it is possible to have a break and a chance to watch birds, especially flying ones.

Around the reserve, in a beautiful scene shows the great contrast in elevations are in a relatively small distance. The visitor also enjoys visiting the ruins of Khirbet Al-Qasr. During his return, the visitor passes some of the monuments that are present today, including winter water collection wells carved in the natural rock, the remains of the walls of historical houses, as well as the forest that extends over the eastern mountain slopes, with low solar radiation; Therefore, it is characterized by the humid atmosphere, which helps the growth of grasses. The visitor returns to the starting point, and gets a break before starting to descend the reserve in the Al-Qa’dah area, then descends to the western foothills of the reserve, to finish an easy trail that converted in to two different climatic conditions and environments within 4 km of the touring.

Marj Sanur is located a few kilometres to the west of the nature reserve, which enriched the area, and made the birds pass through it during their migration and settle with their sticks there, as water collects in it in the winter, and small songbirds appear in its air, such as the Palestinian sun bird, the hoopoe, The Eurasian jay, Syrian woodpecker, and soaring birds appear, such as Short-toed Snake Eagle, the kestrel, Black Kite, and the white stork.

The rock chains known as  saldem, their nature has grown different types of grasses, and natural herbs such as thyme, hibiscus, Arum, Gundelia and sage, as well as different flowers that spread the place, including the Persian cyclamen, winter saffron, and autumn saffron. 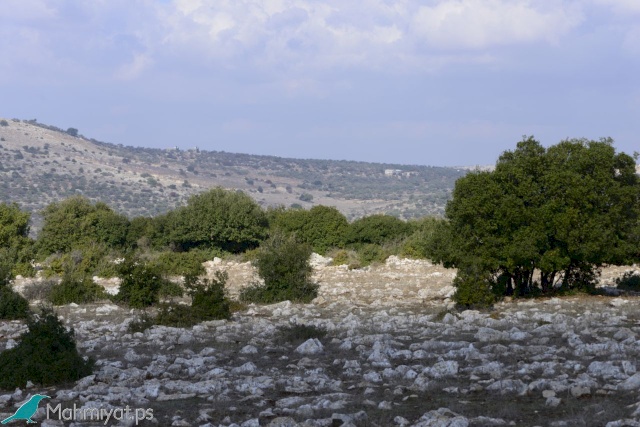 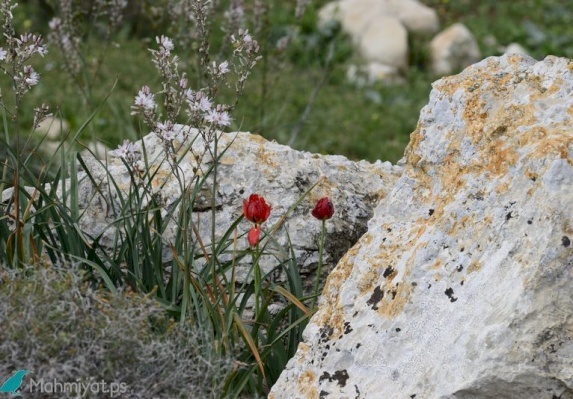