The trail starts from the Ottoman House in west Jericho through Wadi Qelt and ends at the Monastery of Saint George.

Tour through the trail:

The trail starts from the Ottoman House area, west of Jericho, at a distance of About 8 km to the south-west of the city centre, the starting point of this trail is distinguished by the presence of the Ottoman building with arcs and ornaments, and near it there is the Turkish bridge, which is topped by a water channel over the Wadi al-Qelt corridor. The valley is known as one of the tributaries of the Jordan river and flows at its end at a shallow place known among the local people as the Hojla Stepping-stone, which was formed as a result of soil erosion by torrential rains. To feed this valley, gathered in a torrent called Swinnet, it meets the water collected through the mountains of Al-Ram and Anata and passing through Ain Fawar, the meeting of the previous two streams passes through Ain Fara and connected it to Maran at Ain al-Qelt and then to Wadi al-Qelt, the amount of water in the valley is around 3 million cubic meters annually.

A holy journey that ends with the waters in which Jesus Christ - peace upon him is held in the Jordan River. The visitor is here at nearly or slightly below sea level, can walk officially alongside historical monuments, built in the Roman period; For the winter palace of King Herod (located in Tulul Abu Alaiq) with water, and its populations drank from the water of the three springs that the fresh water is adjacent throughout the year, and the visitor rises adjacent to the water channel that flows into the valley, to the heights of the northern valley, to begin a journey characterized by the interlinking with nature, and history, in harmony and beauty of the valley. During the visitor’s journey, the valley is located to his right to the east, as water flows through it, producing a green oasis of various types of floras and faunas. Several birds inhabit the place, to the left of artificial caves and ancient caves. Christians have inhabited it since the beginning of the religion, sheltering from dangers, and secluded the bustling life of worship and prayer. The visitor continues in the eastern direction, taking the narrow corridors overlooking the valley, covered with gravels of different sizes, about eight kilometres, looking forward to the remaining monasteries and churches that were destroyed and reconstructed several times throughout history, and what remains today found in the  the eastern summit of the valley as it is located at an altitude of 120 m below ground level, and is considered a Christian religious landmark, and a masterpiece of architecture visited by thousands every year.

Their remains are still a destination for visits and pilgrims, and the visitor inclines to the monastery through a carved rocky staircase, following the steps of the first Christians, and hallowed by the steps of Jesus - peace be upon him.

The Canaanites are nearly two thousand years old, and their name is derived from the root Semitic, go or go, and means moon in the Canaanite language. Its origin is Tel Al-Sultan, next to the spring that named after him, which is the lowest point on earth, and is characterized by the fertility of its soil and the abundance of its waters.

There are many Christian monasteries and monuments in and around the city of Jericho. The Qarnot summit called (El-tagrobah mountain) is one of its attractive evidences to visit and evoke history. In it, Jesus - peace be upon him - spent about 40 days and nights, resisting the temptations of Satan to leave humanity an immortal message that (not with bread alone). Long live the human being), this is in addition to the Roman Monastery.

And the bath, the spilled and the Copt, and others. There are distinguished Islamic monuments in Jericho among its counterparts in adjacent countries, including Hisham's Palace, located in the northern part of the city, which contains one of the largest mosaic panels in the world, with an area of ​​827 square meters. Which dates back to the Mamluk -Ayyubid period, and was renewed and restored, the last of which was in 2018 AD, and Herodos, one of the most important kings of the Romans, left many castles in Jericho, such as: Torus or Beit Jabr Al-Tahtani, Qobroess in Tel aqaeb, and Trax or Beit Geer Al-foqane.

The area flourishes with all forms of life, including eagles, short-toed eagles, kingfishers and others, the area is inhabited by Rock Hyrax, and Gazelles, and fish live in its waters. Dragonflies, frogs, lizards and snakes live among the rocks and crevices, and from plants date palms, sage, and chamomiles. 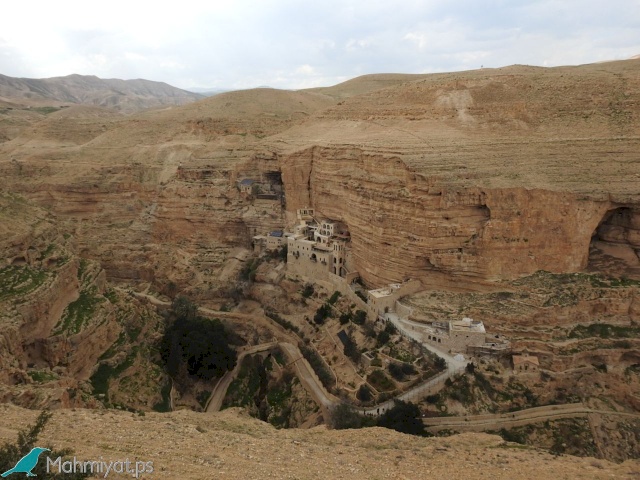 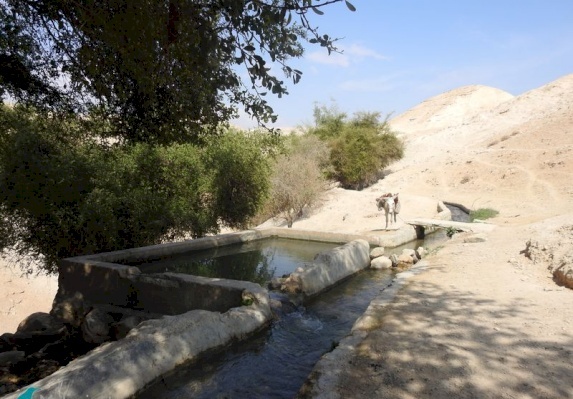